For Sale in Dammeron Valley, UT.

I bought this rig 2 years ago from a guy who modified it for extended boondocking. Upgraded to 300 watts of solar with a 2300 watt inverter. Factory generator was removed and replaced with a aux fuel tank. Quick release marine fittings and fuel line allow for generator to be placed away from camper for quiet extended run time. Included is 3400 watt generator with wireless remote start. I added hard wire jack and slide controls for good measure. Also included is a Dish Wally receiver, Garmin trucker nav unit with back up camera, hitch extension, upgraded shower faucet for better temperature control and many other smaller upgrades and mods. Improved efficiency of refrigerator by adding exhaust and blower fan over absorption tubes. I accidentally poke a small hole in the roof and went overboard with the taping, no leaks ever and I drove through some torrential rainstorms. The other minor issue is the skylight over the bunk, the string came undone so now when you operate the shade you have to pay attention to keep it straight. No smoking or pets were allowed inside. Duramax not included.

NO CASHIERS CHECKS/ MONEY ORDERS OR SUCH 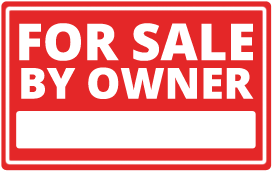 Join us on our popular forums at www.rvtalk.com where hundreds of RV enthusiast just like you ask questions, share opinions, and enjoy each others company - You'll be glad you did.

Our RV Destinations section will give you a starting point to plan your next journey or camping trip. Designed to provide everyone from full timers to occasional campers a complete resource, this section has links to campgrounds, resorts and local areas of interest all over the US.

Finally, our RV Insurance and RV Financing sections allow you to get quotes from the top providers.

This site is created and maintained by RVUSA.com. Units listed for sale on this site are for sale by individuals and dealers in the US and Canada. This site is not affiliated with or endorsed by Lance Camper MFG. To visit Lance Camper MFG's official site, please visit http://www.lancecamper.com.

Every attempt has been made to ensure the information contained in this site is valid at the time of publication.RVUSA.com however, reserves the right to make changes, corrections and / or improvements at any time and without notice.In addition, RVUSA.com disclaims any and all liability for damages incurred directly or indirectly as a result of errors, omissions or discrepancies.

This site is provided "as is" without warranty of any kind, either expressed or implied.You should not assume that this site is error - free.In no event shall RVUSA.com be liable for any damages whatsoever, including, without limitation, those resulting from loss of use, data or profits, whether or not advised of the possibility of damage, and on any theory of liability, arising out of or in connection with the use or performance of this site or other documents which are referenced by or linked to this site.